Toonami will be showing “Shelter” on New Year’s Eve

Toonami will be showing “Shelter” on New Year’s Eve 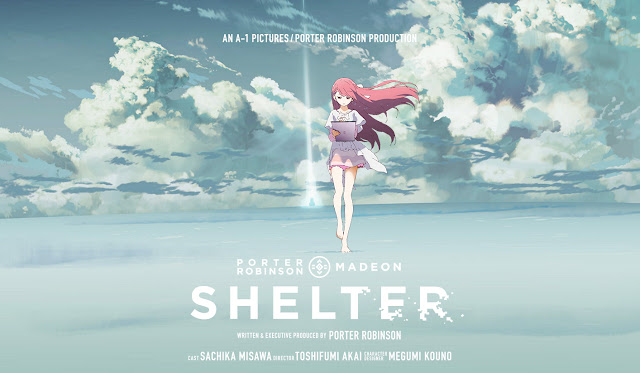 Together with Dragon Ball Z Kai marathon that will be shown on New Year’s Eve “Shelter” made by Porter Robinson will come along. It’s animated by A-1 Pictures (of Sword Art Online) and Crunchyroll music video. This will be Toonami’s first subtitled broadcast ever.
Crunchyroll describes “Porter Robinson presents Shelter the Animation”
SHELTER tells the story of Rin, a 17-year-old girl who lives her life inside of a futuristic  simulation completely by herself in infinite, beautiful loneliness. Each day, Rin awakens in  virtual reality and uses a tablet which controls the simulation to create a new, different,  beautiful world for herself.But all is not as it seems…