“To Love-Ru” Manga To Be Continued With New Name!

“To Love-Ru” Manga To Be Continued With New Name!

In 2009, Saki Hasemi and Kentaro Yabuki’s “To Love-Ru” left Weekly Shonen Jump and became “To Love-Ru Darkness” in Jump Square. Now, the previously spotted “climax” is suggesting that we will see the series wrap up, then followed by the same patterns as part of it’s “secret project”.
Along with this speculation, the teaser made fans wonder if the series will be swapping it’s harem configuration to tone down it’s risque material, or even return to a weekly schedule. 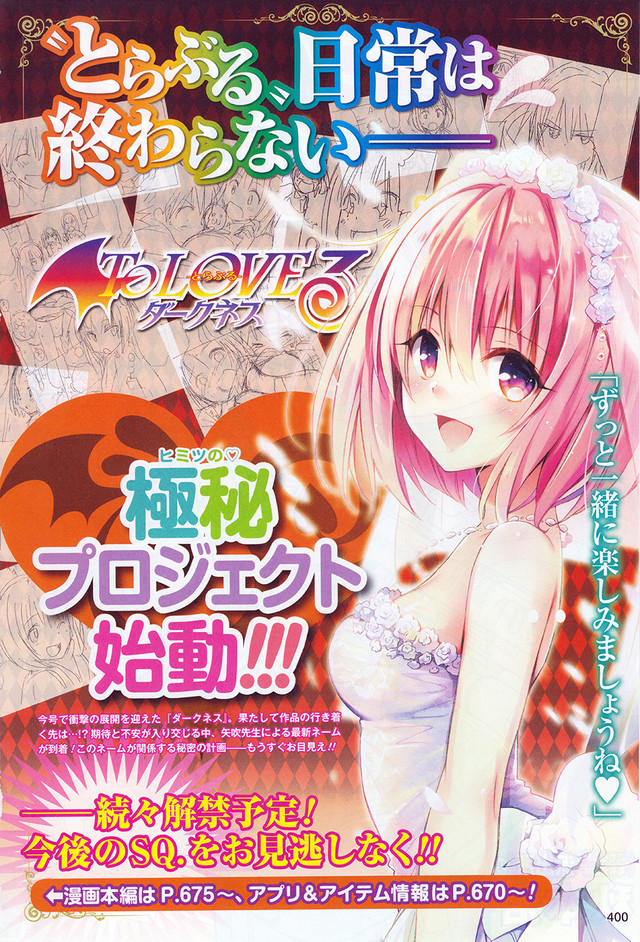 Previous Article
“Final Fantasy XII: The Zodiac Age” Will Launch on July 11 in the West
Next Article
Gamers Akihabara Store Will Give Out Free “Re:Zero” Rem’s Valentine Chocolates