Screenings of the second “Overlord” anime compilation film, “Overlord: Shikkoku no Senshi” (Overlord: The Dark Warrior) confirmed that “Overlord” is getting 2nd season with an announcement video which was shown there. 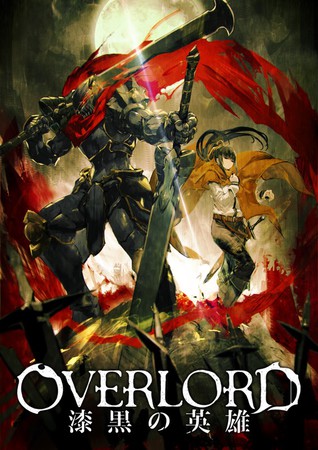 Funimation streamed the anime series as it aired in Japan. “Overlord” is an 13-episode long TV anime series that premiered in July 2015 in Japan. The story takes place in the year 2138 when virtual reality gaming is booming. Yggdrasil, a popular online game, is quietly shut down one day. However, the protagonist Momonga decides to not log out. Momonga is then transformed into the image of a skeleton as “the most powerful wizard.” The world continues to change, with non-player characters (NPCs) beginning to feel emotion. Having no parents, friends, or place in society, this ordinary young man Momonga then strives to take over the new world the game has become.
Also the 11th novel contained 30 minutes of new footage of the “Ple Ple Pleiades” which is an chibi anime short series, featuring the appearance of the Pleiades combat maids, as well as the rest of the Floor Guardians.
Maruyama began the original light novel series online in 2010, and Kadokawa’s Enterbrain imprint then published it in print with illustrations by so-bin in 2012. The series has over 2.5 million copies in print in Japan. Yen Press licensed the novel series for North America, and it released the third volume on January 31. Yen Press released the third volume of Hugin Miyama and Satoshi Ōshio’s manga adaptation on December 20.
Source: MoCa News