Key visual of “Souryo to Majiwaru Shikiyoku no Yoru ni…” and it’s main voice cast including Maika Hara (as the main heroine Mio Fukaya) has been announced on the official website for upcoming TV adaptation of Leon Maomi’s love story web manga.
Maika Hara has worked mainly for adult PC games and its anime adaptations, so this will be her first major role in anime series for all ages. It will be 12-episode five-minute series which is set to premiere on Tokyo MX on April 2.
Key visual

The web manga has been available on various digital manga platforms, such as ComieFesta, Mecha Comics, Comic Cmoe, and Renta!, and currently three tankobon volumes have been released from Seiunsha. The story centers on an university student Mio Fukaya. She has a reunion with her first love in her junior high days, Takahide Kujo. He has inherited his parents’ temple and became a priest. After drinking too much and spending a night with him, Mio is unexpectedly introduced to his family as his fiancée. 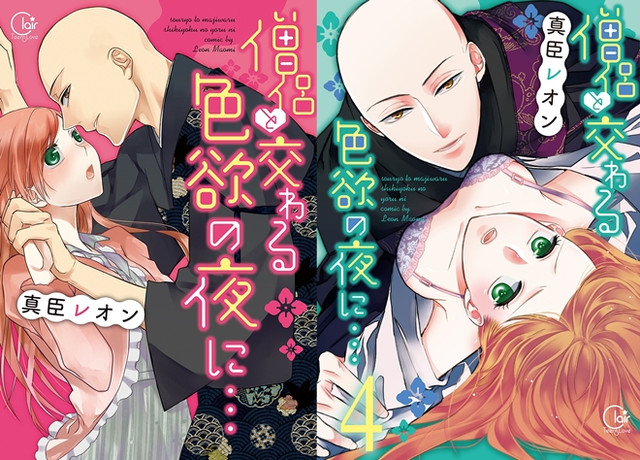