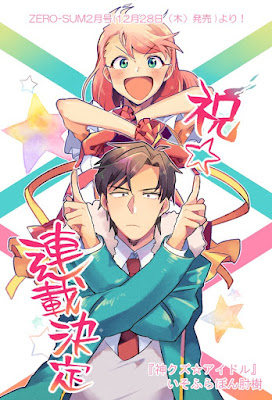 The manga’s story is as follows:
He has good looks, but can’t dance, sing and doesn’t fanservice.
In front of such a scum idol who has nothing but his looks, a goddess appears?!

The one-shot is available (in Japanese):
http://online.ichijinsha.co.jp/zerosum/comic/kamikuzu