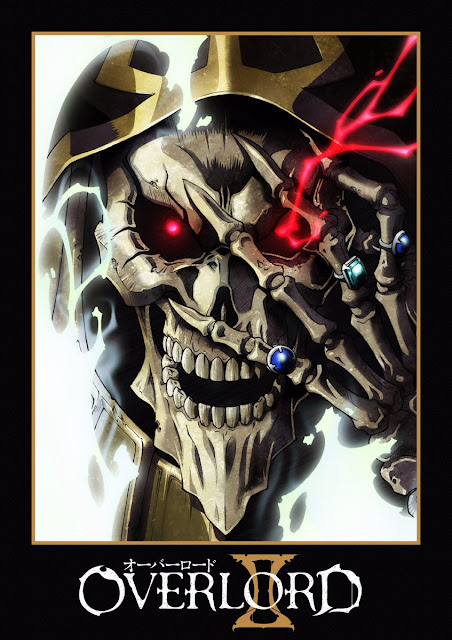 The official twitter account of TV anime OVERLORD tweeted comments for the 2nd season from the author, Kugane Maruyama, and the director, Naoyuki Itou.

TV anime OVERLORD Ⅱ is an upcoming anime for winter 2018.

Author: Kugane Maruyama
The first season of Overlord began in July 2015.
And the start of the second season is in January 2018.
Now that I think about it, it means two years and a half have passed.
It is a long time.
But the work has been becoming one which lives up to (expectations from) people who have been waiting for such a long time.
I, Maruyama, checked it with my eyes.
I would like you all to check it with your eyes as well, please!

Director: Naoyuki Itou
Everyone! Here comes the second season. THE SECOND SEASON!
Who could imagine it? Just to be clear, I couldn’t.
Because, you know what?
There are as many such works as there are stars in the sky that just the beginning of very long stories’ were made into anime and ignored later.
Much less, the protagonist is a skeleton, SKELETON!
The sequel means lizards, LIZARDS!
Well, I even thought it wasn’t good to let it come to a sudden end,
So as an epilogue, this is important; I added scenes from a future volume of the original in the final episode.
And just in case, I intentionally inserted scenes to add explanations so that people who would make the sequel wouldn’t have trouble.
But I didn’t expect I’d accept an offer for the sequel right after the end (of the first season).
Fortunately, they gave me an interval as compilation films, and this was chance to me to compensate most of inconvenient parts that weren’t connected to the sequel. If you get a feeling “Are there that kind of scenes?”, please check the compilation films. This is just a promotion though.
And (go back to the main topic,) the second season.
Lizards.
It is crazy in some ways.
Kingdom arc comes right after (you) get over it.
That is also crazy.
Hearing my heart thumping with (nervous about) how it’s going to be, I am diligently making it.
Please look forward to it!                     (Translated by BUSHIDO)