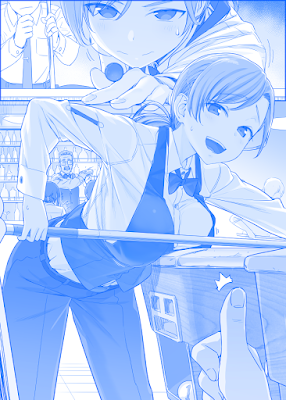 Tawawa on Monday was updated on November 27th on Twitter.

Chapter 145 “Anoo… Watashi No Uchikata, Yappari Dokoka Hen Nande Shouka…?“
(Weeell… I guess though, do you feel something wrong with my way of hitting?)
Translated by BUSHIDO

The woman appeared also in Chapter 103.

Tawawa on Monday, aka Getsuyoubi no Tawawa is a series of illustrations which Kiseki Himura has updated on Twitter.
As the title says, it has been updated every Monday.
The series got anime adaptation, the anime had streamed from July to September, 2015 and has 14 episodes including 2 bonus episodes for the Blu-ray.