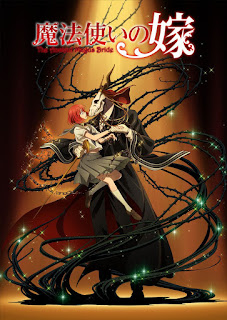 The opening and ending theme song for the 2nd cour of The Ancient Magus’ Bride were revealed at an event to look back on the previous episodes.

The both songs are scheduled to be released on February 7th, 2018.

May’n tweeted about the song as follows:

I’ll be in charge of an OP “You” in an airing anime, “The Ancient Magus’ Bride” the 2nd cour. Trying hard to stand with someone’s support, sometimes making mistakes, but run forward. I sang about independence which has such strengths and weaknesses. I put my feelings (into the song) as I shortened my life. Nobody can become you. You’re the only one. It’ll be on sale on Feb. 7! I want to deliver it to you soon. (Translated by BUSHIDO)