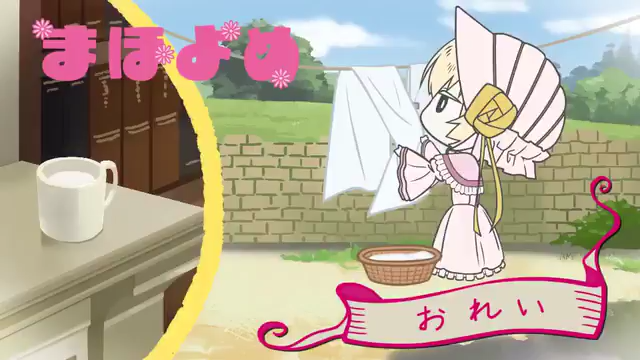 The Ancient Magus’ Bride, aka Mahoutsukai no Yome, is airing this season.
The official twitter account updates a short anime named “Mahoyome” on the social networking site every Thursday (JST).
It is 1-week-limited, thus previous episodes are deleted.

This time, the subtitle is “Orei (Return)”, and the episode is about the cup of drink in the picture for Silky who does the chores for Chise and Elias.