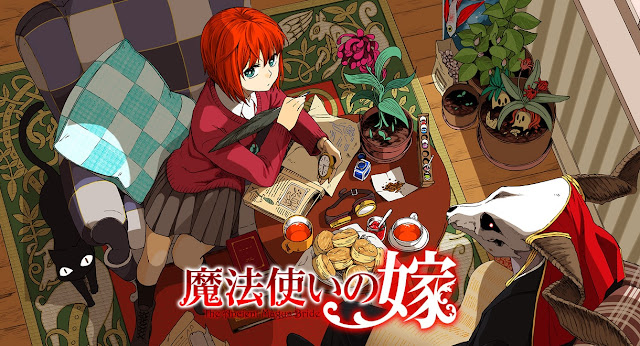 The story develops in England, not Japan.
The author, Kore Yamazaki, got a question “Why is Chise Japanese?”
and tweeted an explanation as to why.

She planned to start the story with Chise as an English girl at first.
In that case, there would be problems coming from cultural difference like common sense between Japan and England to readers (in Japan).
Thus she had Chise be a Japanese girl so that they would be able to get to know the foreign culture with her.

The Ancient Magus’ Bride, aka Mahoutsukai no Yome, is airing this season.
The latest, 8th volume of the manga was released on September 8th, 2017.
The next volume is scheduled to be released on March 24th, 2018.