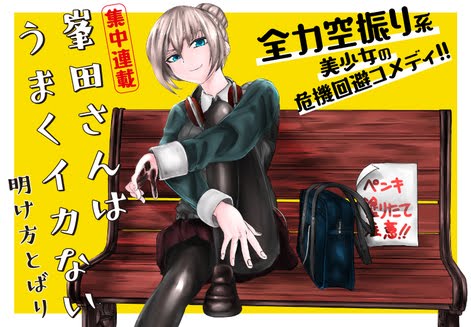 A high school girl, Kasumi Mineta, is pretty known with her good-looking appearance and elegant atmosphere.
And she doesn’t want to interact with people.
That’s why she doesn’t have any friends… They say.
The truth is…?
She gives it her all and never gives up, but she can’t make it… unfortunately.
Good luck, Mineta-san.

With that cool and serious look, she is worrying about that she is in danger of peeing herself.

The 1st chapter is available:
https://comic.webnewtype.com/contents/mineta/10/
The 2nd chapter is scheduled to be released on December 22nd, 2017.