“A Sister’s All You Need.” Anime Twitter Short #5 Updates

“A Sister’s All You Need.” Anime Twitter Short #5 Updates 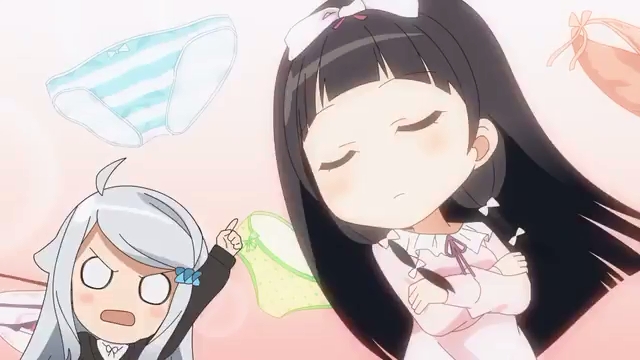 In the episode, those three female characters making conversations about underwear.
Nayuta Kani doesn’t feel good that Itsuki Hashima was looking up women’s underwear, putting a grin on his face.
Since Kaiko Mikuniyama loves them, she is glad to hear that.
But Kani and Miyako Shirakawa start to talk about underwear that just look like strings, and they say they don’t know what is good about them.
It fires Kaiko up as the type of underwear is art coming from struggles between the side of “function” and “design”.
Kani doesn’t accept they are “underwear” because of the design.
She starts to ask to find the line, which is underwear, which is not.
Kaiko takes “Fundoshi” as a “traditional” underwear.
Even leaves can be “underwear” to her if the leaves form to be worn.
She asserts the nature of underwear; hiding the “important” part sometimes powerfully, sometimes gently…
Kani and Kaiko are heated up like Nude vs Underwear.
At last, a little qustion crosses Miyako’s mind and out of her mouth; “Handbra” is… which?