“Blend S” Manga On The Cover Of The Magazine

“Blend S” Manga On The Cover Of The Magazine 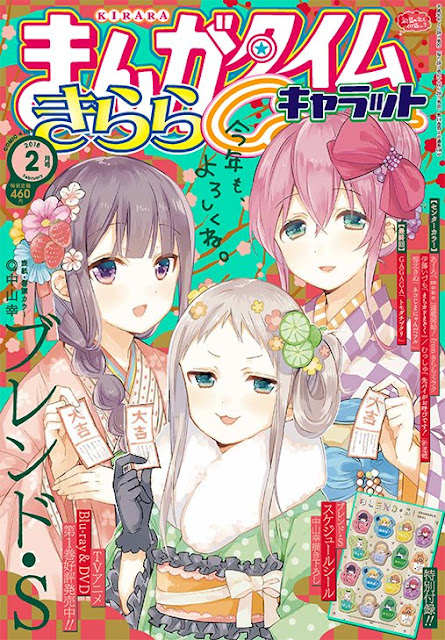 From the left, Maika Sakuranomiya, Hideri Kanzaki, Miu Amano, are in Kimono.
Apparently, they drew Omikuji (fortune telling paper ), and those sheets tell Daikichi (they have Great Luck).

Blend S anime was aired from October to December 2017 with 12 episodes.
The manga has been serialized in Manga Time Kirara Carat.
The manga’s 4th volume was released on October 27th, 2017.