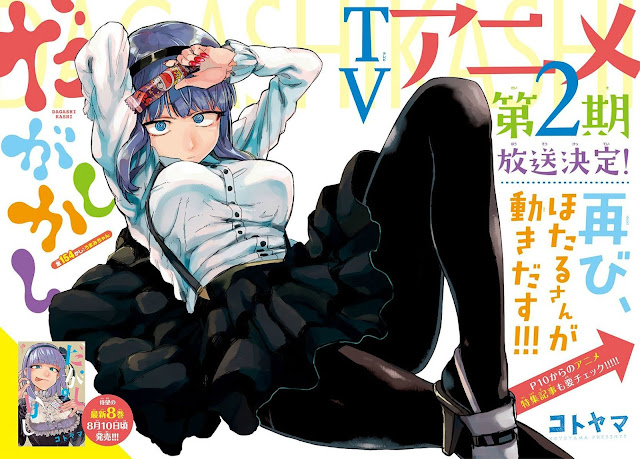 Kotoyama, Dagashi Kashi manga’s author, posted some pictures on Twitter that characters from the manga taking a selfie.

An advertisement for the 9th volume’s release.

Dagashi Kashi written and illustrated by Kotoyama is a snack comedy manga.
The manga has been serialized in Weekly Shonen Sunday.
The 9th volume was released on December 18th, 2017.
It inspired TV anime which was aired from January to March, 2016 with 12th episodes.
The 2nd season will begin in January, 2018.