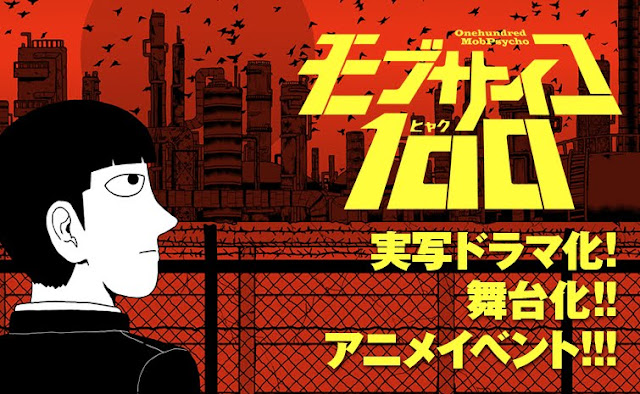 It was announced that Mob Psycho 100 manga’s final chapter will be updated in Manga ONE on December 22nd, 2017.

Mob Psycho 100 is a psychic comedy manga.
The 15th volume was released on October 19th, 2017.
It inspired TV anime which was aired from July to September 2016 with 12 episodes.
ONE is well-known also for his work One Punch Man.