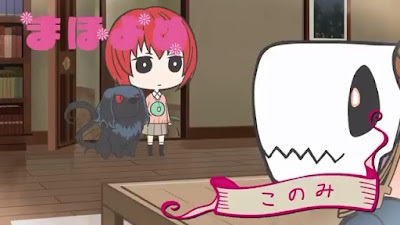 This time, the subtitle is “Konomi (lit. Preference)”.
Chise does not tell her opinion often. So Elias asks Ruth for help.
Ruth does his job well when to choose pick foods and drinks.
But apparently, his institution leads him to tell his preference in the end.

TV anime The Ancient Magus’ Bride, aka Mahoutsukai no Yome, is airing this season.
The official account updates a short anime titled “Mahoyome” on Twitter every Thursday (JST).
It is 1-week-limited, thus previous episodes are deleted.