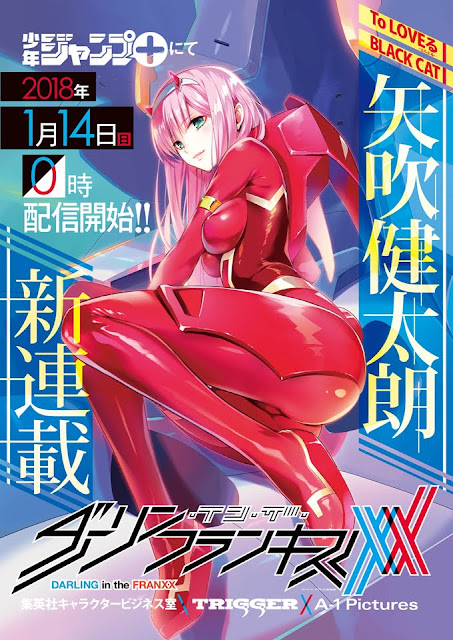 To LOVE-Ru manga series illustrator, Kentarou Yabuki, will begin a manga series titled DARLING in the FRANXX in Shonen Jump + (Plus).
It will be released at 0:00 on January 14th, 2018.

On December 5th, 2017, the magazine’s official account already announced that he will begin a series and the details will be revealed at Jump Festa 2018.

The collaboration of DARLING in the FRANXX and To LOVE-Ru illustrated by Kentarou Yabuki at Jump Festa 2018.