Our favorite set of heroes-in-training are back for My Hero Academia’s 3rd season on April 7, 2018. The first six episodes of the season will be simultaneously streamed on the same day as the Japanese TV broadcast in SimulDub on FunimationNow in the US, Canada, UK, Ireland, New Zealand, and Australia. While subtitled simulcasts will be shown on Hulu and Crunchyroll. All 25 episodes of My Hero Academia Season 3 will stream in SimulDub, Hulu, and Crunchyroll as well.

“From rankings to polls to awards, ‘My Hero Academia’ was without a doubt, universally recognized – by both fans and media alike – as the best in anime in 2017. The series truly resonates with the superhero lore and pop culture representations that North American audiences grew up with and continue to gravitate to,” said Gen Fukunaga, CEO and founder of Funimation. “We’re excited to be premiering Season 3 on April 7 and to be able to once again simultaneously stream the first six episodes of ‘My Hero Academia’ in SimulDub on the same day and date as the Japanese broadcast.”
Season 3 Synopsis
Summer is here, and the heroes of Class 1-A and 1-B are in for the toughest training camp of their lives! A group of seasoned pros pushes everyone’s Quirks to new heights as the students face one overwhelming challenge after another. Braving the elements in this secret location becomes the least of their worries when routine training turns into a critical struggle for survival. (via Funimation) 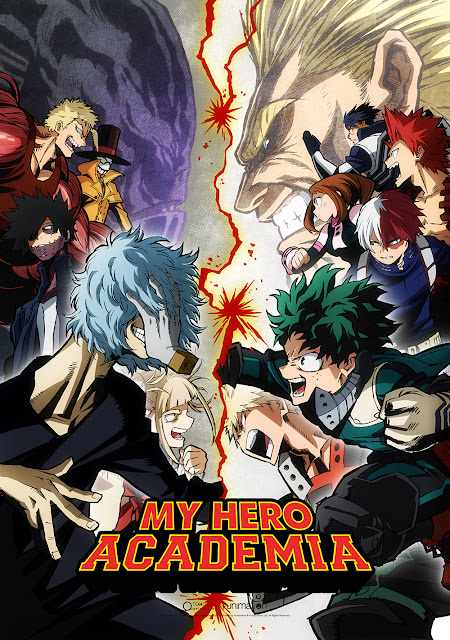 My Hero Academia is not hailed as 2017’s Best Anime for nothing. It received countless awards for its second season from both fans media. MHA won “Best Anime” in IGN and  Anime News Network. While it had a high rank in Tor.com’s and Gamespot.com’s Top Best Animes. Nerdist even dubbed it as the “Perfect Anime for American Comic Book Fans” and ComicBook.com awarded it the “2017 Golden Issue Award for Best Shounen Series.”