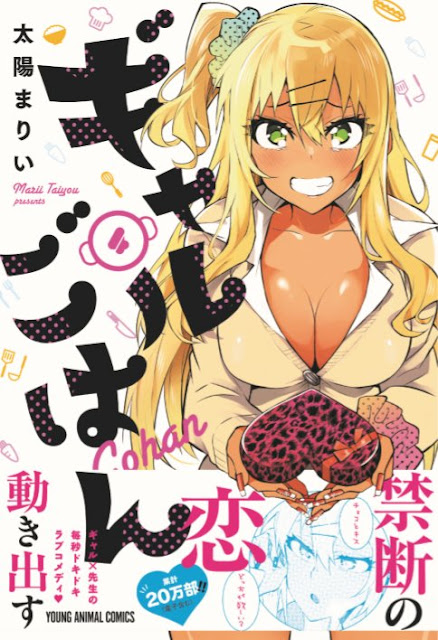 (The Cover of the 4th Volume of Gal Gohan with Book Band)
Marii Taiyou, the author of Gal Gohan, tweeted on June 16 that the manga has sold over 200,000 copies in total.
It was to advertise the 4th volume that is slated to release on June 29, 2018.
The volume has shop bonuses as illustration card.
The book band of the volume also says the forbidden love is going to move on.

Gal Gohan is a romantic comedy centering on a Gal and a teacher for school cooking.

It has been serialized in Young Animal since 2016.