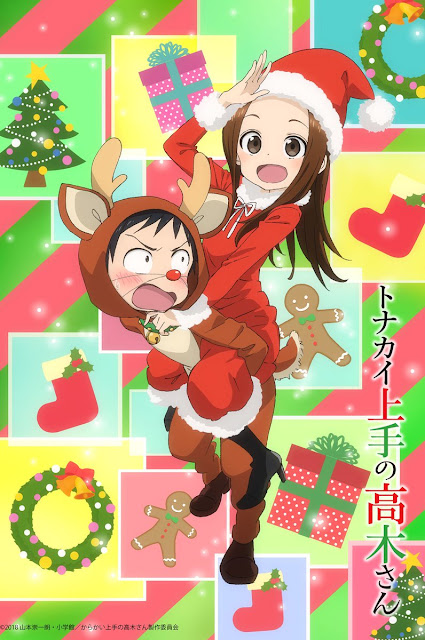 “Everyone, Merry Christmas Eve! Afreco (After Recording) Takagi-san
They presented a Takagi-san(ta) cake 🎂! What a cute Christmas present~♪ #Takagisanme”
By Rie Takahashi playing Takagi in the anime.

“There was a wonderful cake at Takagi-san’s Afreco (After Recording) the other day ( ＾∀＾) It’s purifying my hearrrrrtt.”
By Fukushi Ochiai, playing Nishikata in the anime.